“APC Is Drifting; No Member Is Happy” – Saraki 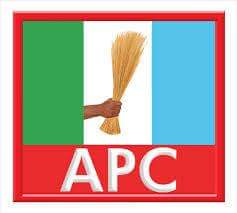 In an interview with Daily Trust newspaper, Nigeria’s senate president Bukola Saraki spoke on some of the issues facing the ruling All Progressives Congress (APC) party as well as speculations that he is grooming his son to become governor of Kwara state just as his own father groomed him.

The party is drifting and not a rallying point for members. There is “no APC member that will tell you he is happy with the state of affairs of the party.” He said a ruling party should definitely see more activities than is presently happening with the APC.
The issues in the party are not as a result of any crisis but relate to “the administrative aspect and the national to provide leadership in driving the party.

The party is running out of time.
He argued that the reasons why there are lots of speculations that his spirit is no longer in the APC is because the party is docile and dormant. “If the party goes back to what we all know it to be, holding NEC, and having caucus meetings, spirit and no spirit things will stop.”

On whether his emergence as senate president contributed to weakening the party, Saraki said: “The last meeting the party held with regard to the zoning of the national officers, senate president was zoned to north central. It was after that the party started to do different things, shifting its position. The point I’m making is that that’s over two years. Is that the reason why the party cannot move ahead? My own point is that the executive of party just needs to wake up and start managing the party.”

On rumoured moves to groom his son to become Kwara governor, Saraki said there is no such plan. “I am sure my son doesn’t even want to hear politics at all. You know it is not easy for children who are born to politicians especially in this time. When I was much younger, we were insulated from some of the political issues because well, we didn’t read the newspapers, we didn’t know what was happening. I reluctantly went into politics, go and check. Once or twice I was given the form to run for House of Reps, I remember I just travelled and turned off my phones and disappeared for months. After seeing what my father had been through, I thought to myself that this is not for me.
Posted by Unknown
Labels: News, Politics