Menu
Home » News. » Anwukah: Nigeria Minister Returns from US Medical Trip, Says FG Has No Kobo in His Treatment

Anwukah: Nigeria Minister Returns from US Medical Trip, Says FG Has No Kobo in His Treatment 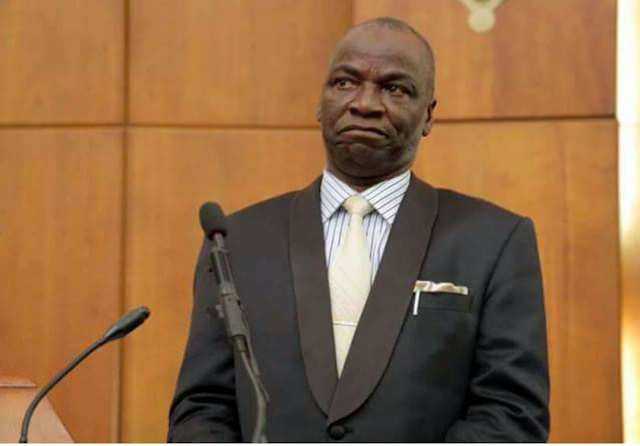 The Minister of State for Education, Prof.  Anthony Anwuka, who was flown to the United States for medical treatment, came back on Sunday after spending 27 days.

Anwuka, who arrived at the Nnamdi Azikiwe International Airport, Abuja, at about 6pm, told journalists that he did not receive any funds from the Federal Government, but was sponsored by his son, a doctor in Dallas, USA.

The news of the ailing minister flown to the US was first confirmed by the Minister of Education, Mallam Adamu Adamu, who asked that prayers be said for Anwuka during a briefing in Abuja two weeks ago.

Anwuka on Sunday said he was diagnosed of having high cholesterol level, and applied to the Federal Government to leave on September 18.

He said, “I went for check-up and I was told I had a high cholesterol. I then reported to my son, who is a doctor in the United States. It was my state governor, the Imo State Governor, Rochas Okorocha, who got me the ticket.

“I went to Aso Rock and applied for my leave. It was granted and I left on September 18. I am back to work now. My trip was sponsored by my son and my governor. The government had no penny at all inside it.

“There was no support from the Federal Government. I did not ask for it. I only applied for my leave and left. Maybe now that I am back, I could ask.”