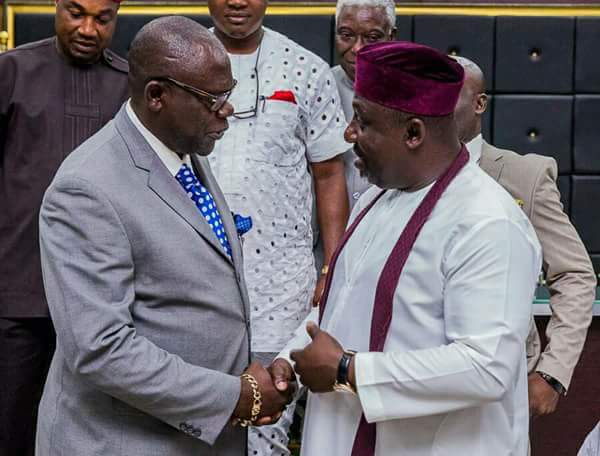 Okeomanews learnt that he law professor whose name has been forwarded to the Imo state House Of Assembly for confirmation as a commissioner by governor Rochas Okorocha ,is being tipped in government circles to throw his hat into the ring for the political race.

According to an impeccable source in government house ,the former Dean, Law faculty of Imo state University, Owerri,has got the goodwill of the governor who has recently fallen apart with the incumbent senator for the zone ,Benjamin Uwajumogu.

The source who spoke on strick condition of anonymity said "prof Nnamdi Obiaraeri ,is in pole position to getting the governor's endorsement for Okigwe zone Senate seat race.

Remember that the governor and Benjamin Uwajumogu have fallen apart,politically .the governor is shopping for his replacement and Obiaraeri is believed to have the political experience to fit into the 2019 political battle.

The governor knows that he has Ifeanyi Araraume to contend with in the state in 2019,especially in Okigwe zone .so the governor does not want a political neophyte who will be easily walked away by the Araraume force ,that is why the choice of the university teacher is most appropriate".

He said that in order to give Obiaraeri more political impetus in the zone, the governor had to forward his name to the state house of Assembly as a commissioner nominee.

" There are other people who are routing for the  governor's endorsement like the Iwu family but the governor believes that the choice of Obiaraeri will not only be easy for his rescue mission political camp as against the Destiny Organization, the governor equally believes that Obiaraeri comes from a political axis, Okigwe/Onuimo that has never produced a senator for the zone before "the source explained.

According to the source ,Okorocha ,who was embittered for Uwajumogu for preferring Araraume to him ,wants to use Obiaraeri ,who is the longest serving democrat in the governor's cabinet and has strong poltical base in the six Local Government Areas in the zone to dislodge the former speaker of the state house of Assembly." 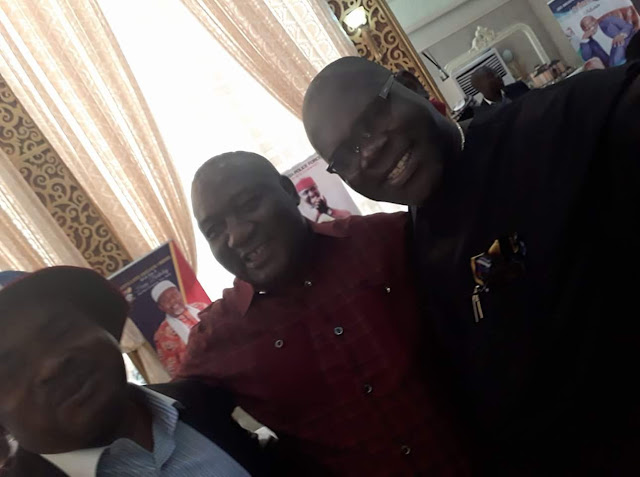 Meanwhile, in a swift response, the former Commissioner for Youths and Sports Imo State and 2014 Senatorial Aspirant of the Peoples Democratic Party, Prof Nnamdi Obiaraeri has debunked the story by Chidiebube Okeoma stating that it was pure white lies and that he and Senator Uwajumogu were with the Governor, Rochas Okorocha weekend.

He said "Ashi ocha!. This is Prof Obiaraeri and Senator Uwajumogu inside the Governor's lodge only last week."  calling on the journalist to repent "Chidiebere Repent!!!!".