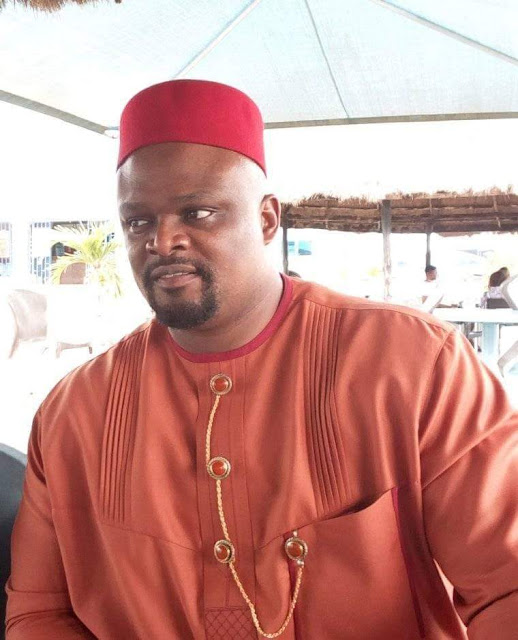 Chief. Osuagwu who hailed from Umuamagwu ,Umuduru aro,Umuebu,Ugiri, in Isiala Mbano local Government Area, Imo state,made his intention known on Tuesday  at an interactive session with journalists in Owerri where he  urged  Imolites to support his quest of becoming the next governor of the state come 2019.

The youthful Osuagwu who claimed he doesn't have or  belong to any political party yet also  said Imo people and Nigerians were desirous of a governor and president with the capacity to change their fortunes.

According to him ,"I have the experience and the wherewithal to represent your interest very well.

I will revisit the abandoned aviable economic projects located in the the 3 senetorial district of the state if elected as governor in the next election.

I have come to seek for your support and prayers.' Im a philanthropist of high repute,based in German ,Switzerland. My wealth of experience in all the country have lived in Europe  for more than 2 decades will come into bear. l have the fund and partners overseas.

I will bring in my friends, foreign partners to invest in our state.

I decided to run because I have the capacity to govern  the state.

Collin's have more than what it would take financially,intellectually and other wise .I don't need any godfathers fund"He averred.

The vibrant governorship hopeful, promised to uplift the standard of education and revolutionise agriculture for the development of the state, if elected as the next governor of the state.

The energetic Osuagwu said that his coming to the race was borne out of the desire to give a purposeful leadership that would project the knowledge potential of the state to the international world.

“I am ready to toil, sw
Posted by IfeanyiCy Njoku
Labels: Politics