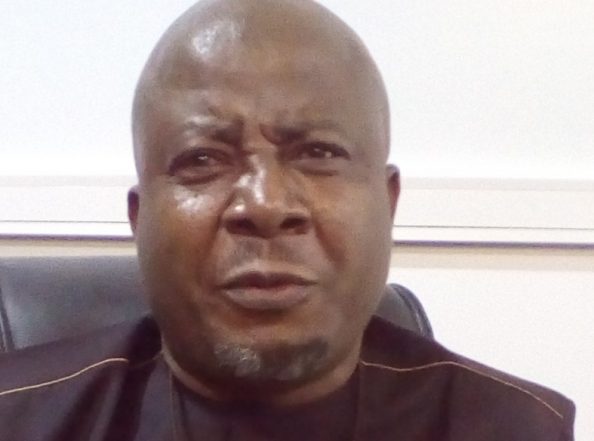 –
…As APC chieftain mobilises nationwide rally
Ahead of 2019 presidential election, a youth group on the aegis of Ohandigbo Youths Organisation (OYO) has concluded plans to embark on a nationwide rally to convince President Muhammadu Buhari, to seek re-election.
A statement signed in Abuja on Wednesday by the convener of the group, who is also an Ex-officio of the ruling All Progressives Congress (APC) Chief Nduka Anyanwu, said the group believe that President Buhari still holds the answers to some of the challenges confronting the nation.
According to Chief Nduka, who decribed himself as a “buharit”,  convincing the president to contest is the first bold step the party must take.
“Those who rate him below average are not appreciative of where we are today from where we were yesterday. Let me be more explicit, We have achieved great success on the fight against terrorism in Nigeria. The Boko Haram insurgency has been dealt with more abruptly and that explains the steady progress and picking up of businesses in the north-east region which was a no go area under president Jonathan.
“Secondly, look at the case of the renewed militancy in the Niger Delta region, the president applied wisdom to nib that too in the bud such that peace and  stability has returned. Even some Ex militants who are now repentant are reportedly endorsing president Buhari for second term.
“The administration of president Buhari has severally demonstrated zero tolerance for corruption and the result is the stability the entire system enjoys today. Our sense of the right value system occasioned by the change begins with me campaign is paying off and soon we shall see more of its dividends. Nigerians now know that corruption  is no longer business as usual.”
Speaking on why his group will hold a nationwide rally to convince President Buhari for re-election, the APC chieftain said: “We cannot trust our collective commonwealth in the hands of hawks and vultures, that is why we want to persuade the President to re-contest in 2019.
“Soon we are going to unveil our national programme and start the nationwide consultation of various youth groups in all the states of the federation. Already student bodies and different youth groups have identified with us and together we are storming Abuja for the grand finale by the first quarter of 2018 where we shall present this demand to Mr president in writing. He cannot disregard the call to serve again by millions of Nigerian youths.”
On why the South-east region will support re-election of the President, Chief Nduka said the region will do everything possible to correct the 2015 mistake.
“The fact is that in 2015 my party the ruling All Progressive Party was not deeply rooted in the South-east hence the sentimental attachment to Jonathan. However, today APC is the party to beat in the south-east.
“A lot of people left the PDP after the 2015 general elections and if you are talking about those that matter in the politics of the south-east today they are in the APC. Their people love them and follow in their lead. The region is tired of being in the opposition.
“Again, Mr president has been magnanimous to the South-east. He has promised to construct the second Niger bridge and just few day ago in Anambra state, the Vice President made it clear that the FG has made payment to contractors to go back to site. So soon it will be seen by everybody that President Buhari is a Nigerian president whose concern for all parts of the country is not hidden.
“Recently, the leaders of Igbos met with Mr president and made some demands which the president did not hesitate to quickly set into motion. Look at the Sukuk national road projects and expected costs of construction you would see that the region got its fair share of federal attention to some of the dilapidated roads abandoned by the PDP government for 16 years yet the region in those years gave her block votes to the PDP. These and more explain why the south east must vote for president Buhari.”
Posted by BizzyAmb
Labels: Politics