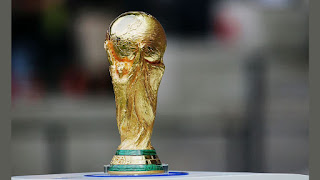 FIFA leader Gianni Infantino insisted Friday that football’s world body is no longer a “toxic” brand shunned because of scandals that embroiled past leaders.
Infantino hailed the increase to $400 million in prize money for next year’s World Cup in Russia — including $38 million for the winning team — as a sign of FIFA’s success.
The $48 million increase from 2014 and toughened bid rules for the 2026 tournament were both agreed by FIFA’s ruling council at a meeting in Kolkata.
The increase is “a positive sign in terms of the healthy financial situation of FIFA,” said Infantino who took over from the scandal-tainted Sepp Blatter in February last year.
Posted by Cheta Igbokwe
Labels: Sports