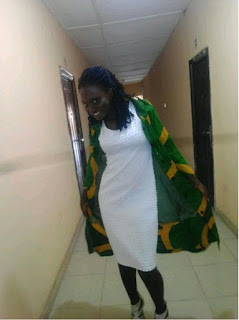 Mercy Olamide Afolaranmi, a student of Microbiology at the Obafemi Awolowo University, Ile-Ife, has committed suicide.
According to the school’s Chief Security Officer, Babatunde Oyatokun, Miss Afolaranmi, poisoned herself. Students and a neighbour close to the deceased also said she killed herself due to poor grade.

“We got a call that one of our students took poison,” Mr. Oyatokun said. “We got to hospital to realise that she mixed rat poison. She gave us the contact of her parents but before they arrived, she already gave up due to the effect of the poison she took.”

A neighbour, Bimpe Oni, in an interview with PREMIUM TIMES, said Miss Afolaranmi, who lived off-campus at Sabo area of Ile-Ife, died on Thursday, after she took “rat poison mixed with battery extract.”

Mrs. Oni said the late student committed suicide because of “emotional pressure.” A student, Aisha, who was Miss Afolaranmi’s colleague in the Faculty of Science, said the deceased had ‘E’ in CHM101 (Chemistry for first year students), a reportedly dreaded course for year one students in the science and technology related faculties. “Mercy often isolated herself in class and looked depressed,” said Aisha. “She told me she had ‘E’ in CHM101 and has been going around unhappy before this incident.” Another student in the Faculty of Student, Opeyemi, said “she took poison because of result.”

The school’s Dean of Students’ Affairs, Isiaka Aransi, also confirmed the news. “Although the reason and cause of her death is yet to be known, the division is aware of the death of Mercy,” she said.
Before her death, on October 10, she posted on Facebook that: “Above all other things, I just wanna see God, see what He looks like, speak with Him face to face. I don’t wanna miss heaven. LORD HELP ME.”
Posted by Unknown
Labels: Crime