Unveiling #Project 55:5:55: Okorocha’s Exquisite Code for the Education of the African Child (Photos) 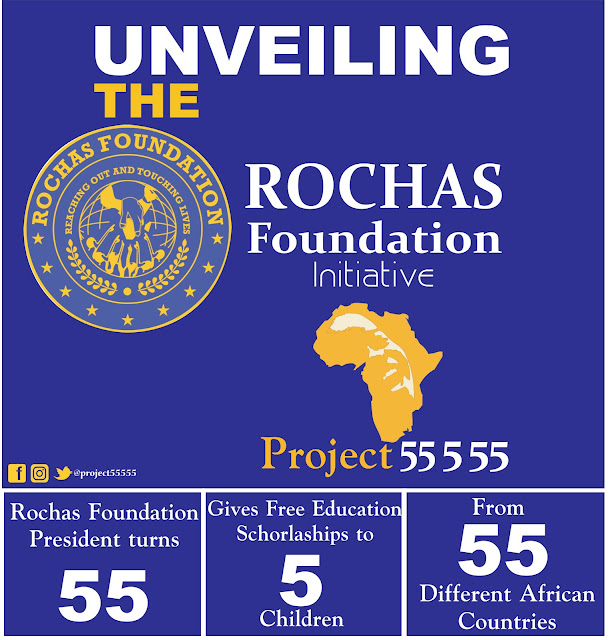 On July 16th 2003, a group working to improve the education of South Africans called the Mindset Network, invited the famous South African freedom fighter, Nelson Mandela to give a speech. It was at that very occasion that Mandela gave the world the most outstanding definition of education that has ever been known. He defined education as the ‘most powerful weapon we can use to change the world.’
Great world leaders, thinkers and men of letters, agree with Mandela on his view on education. For Barack Obama, the Former US President, ‘a good education is no longer just a pathway to opportunity –it is a prerequisite.’ He also adds that, ‘the future belongs to young people with an education and the imagination to create.’
Martin Luther King Jnr, the famous activist known for his ‘I Have a Dream’ speech recognizes the function of education as a means towards the fostering of intensive and critical thinking. Even Malcom X,  the popular human right activist, agrees with Luther. For him, education is the ‘passport to the future,’ while John Dewey, an educational reformer sees education as not just the preparation for life but ‘life itself.’
If the path of the African child must be made straight, education must be on the lead. This will break the shackles of primitivism, the chains of ignorance and put upon the African child, the crown of beauty which only knowledge can give. But critical research shows that about 33 million children who are old enough to be in primary school in the Sub-Saharan Africa, end up not going to school. 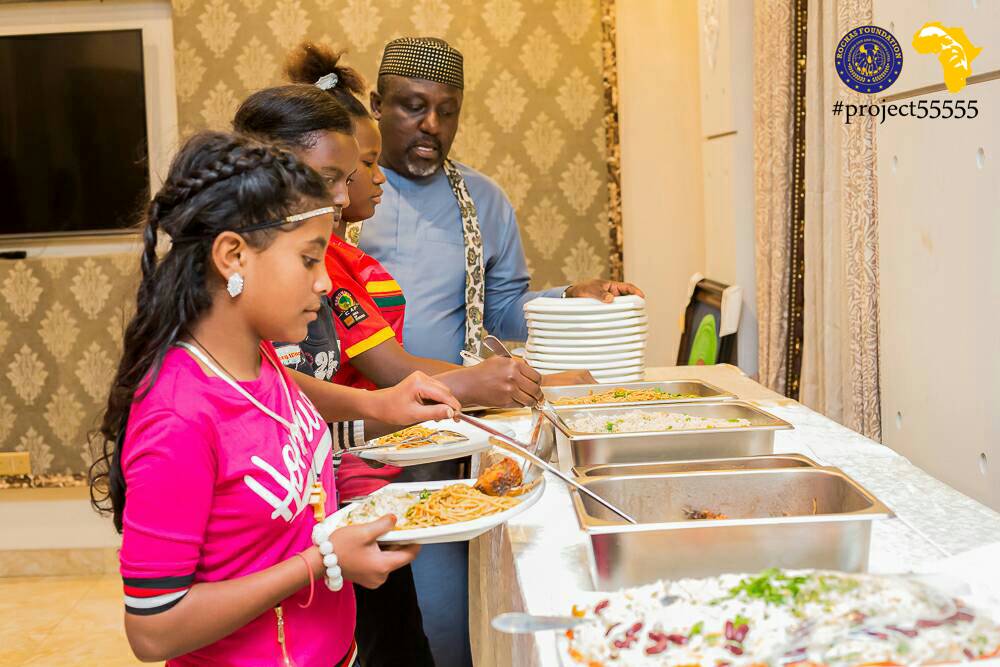 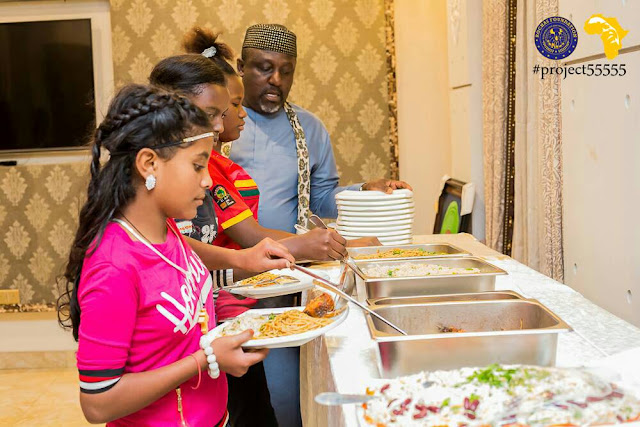 Further research reveals that, even the enrollment of primary school children in African countries is among the lowest in the entire world. As a result, about 40% of Africans, who are over the age of 15, and about 50% of women above 25, remain illiterates.
So many reasons have been given on why African children fail to get the basic education but poverty is and remains the major cause of low education rate in Africa.
All over Africa, there is lack of schooling facilities. Most schools find it difficult to pay qualified teachers. And as a result, they end up getting the unqualified ones with little or no teaching aid and textbooks.
Even children who continue to struggle in these schools end up getting very poor results in standardize tests, when compared to students in urban areas.
The Executive Governor of Imo State, Owelle Rochas Okorocha understands the importance of Education in the life of the African child. This was what moved him to set up the Rochas Foundation on February 24th, 1998.  But it was in 2001 that he started the Rochas Foundation College, proper.
The Rochas Foundation College originally started in five states of the country, cutting across Owerri, Ibadan, Jos, Kano and Ogboko. Years later, six new states were added in the number making it a total of eleven states. The new states include: Sokoto, Zaria, Calabar, Enugu, Bauchi and Yola. 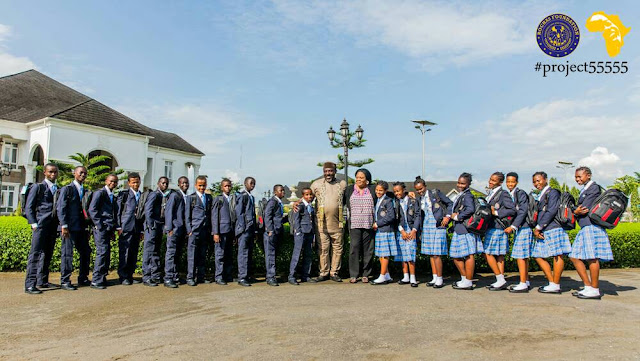 Since its inception, The Rochas Foundation College has over 13,000 total enrollments of students across the states. About 4,000 of these students have graduated from the college, and about 9,000 students are still studying under the college. 1,000 students have graduated from the University level. Today, some of them are doctors, engineers, lawyers, bankers, business men, and are doing well in their different areas of specialization.
These graduates have come to form what is today known as the Rochas Foundation Old Students Association (ROFOSA) and they would be storming the city of Owerri on the 27th of September, 2017 for the 55th birthday of their Father Founder, Owelle Rochas Anayo Okorocha and the unveiling of his exquisite code for the education of the African child, Project 55: 5: 55.
Project 55:5:55 is the project of 55-year-old Rochas Okorocha, sponsoring the education of 5 different children from 55 different countries of Africa. These children, about 275 of them, from 55 different countries of Africa are currently in the city of Owerri for the 55th birthday celebration of Owelle Rochas Anayo Okorocha, the man who has taken it upon himself that they must be educated. 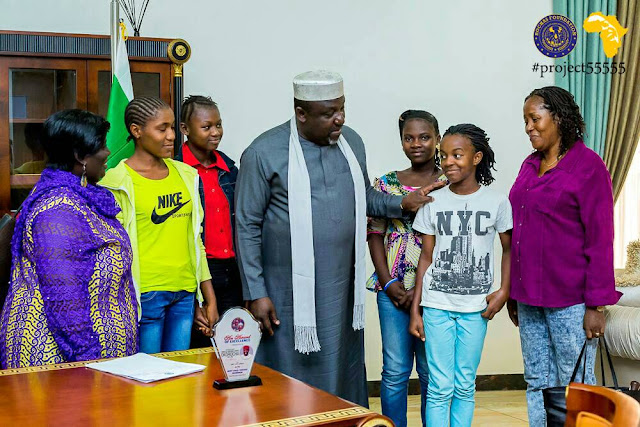 Every sincere Nigerian appreciates Okorocha’s great contribution to the Nigerian educational system. Through his foundation, poor children who have nobody to sponsor their education were given education for free. Even as the Executive Governor of Imo State, Okorocha continued his travail of ensuring the education of Nigerians, by raising it up to the University level.
Like Alberth Einstein, Okorocha believes in investing in the education of a child, because he who educates a child changes the world. This philanthropic signature of his has earned him great admiration all over the world, by people and places.
Now, as his 55th birthday draws nearer, he has decided to take his philanthropic strength a step further to the continental level, by bringing African children from different countries to unite as one and search for knowledge under one roof.
What does this entail? By this, Okorocha reminds Africa and her entire people that they are one, that they can come together, like the brothers they are, to make the world a better place. He has broken racialism, and every thought of superiority by any nation above the other, thereby teaching the young children that they are one human people, one nation, one Africa.
Through Project 55: 5: 55, the poor African child is thought that he belongs, that Africa needs him, that he shares in the collective dream of Africa, that Africa needs his contribution for her growth and development. 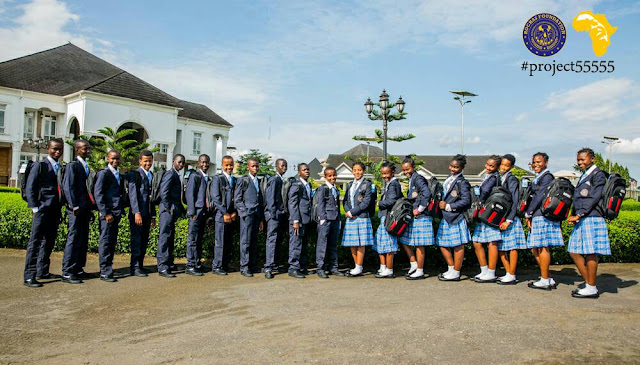 With Project 55: 5: 55, the African child will learn to cope with changes and time, will learn to value nature and what she gives, will learn to see love in the neighbor, have compassion in the wounded, see himself in the poverty of the other, identify with the hopeless, the homeless, and try to put a smile in the faces of people who haven’t seen reason to smile.
Project 55: 5: 55 is set towards giving the African child the best gift anyone could ever offer, which is and remains, education.
This project, unlike many other ones, cuts across every part of Africa, aiming to bring the African people, especially her children together, to search for knowledge,  to share in their common identity, to understand what it means to be African, to appreciate the gift of their skin-colour, the dignity of where they come from, to boast of it, to learn that Mother Africa, just like every other ideal mother, truly cares.
Okorocha’s contribution to education of African children should be applauded. His free education offer to indigent African Children irrespective of their nationality or belief system should be echoed. His passion to  give future to the African child, whose future is pale, should be emulated by men and women in the society who have what it takes to do the same.
Support Project 55: 5: 55 today. Join the conversation! 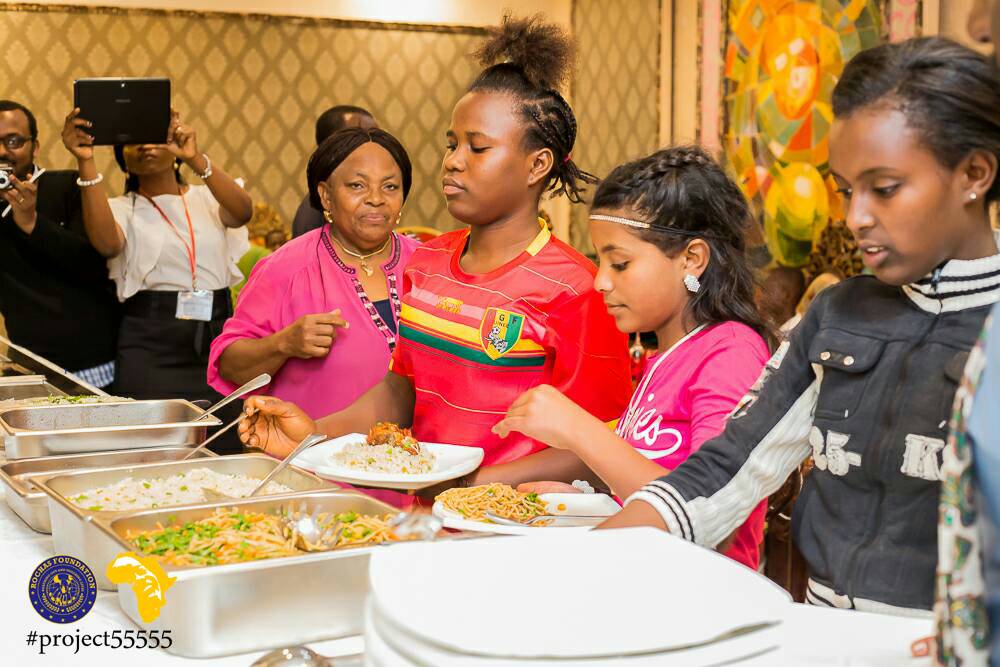 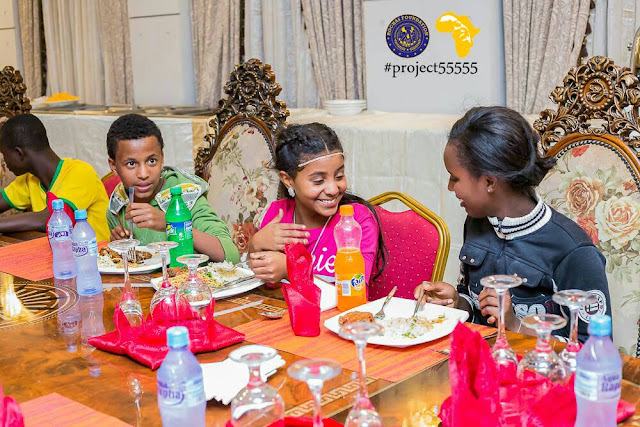 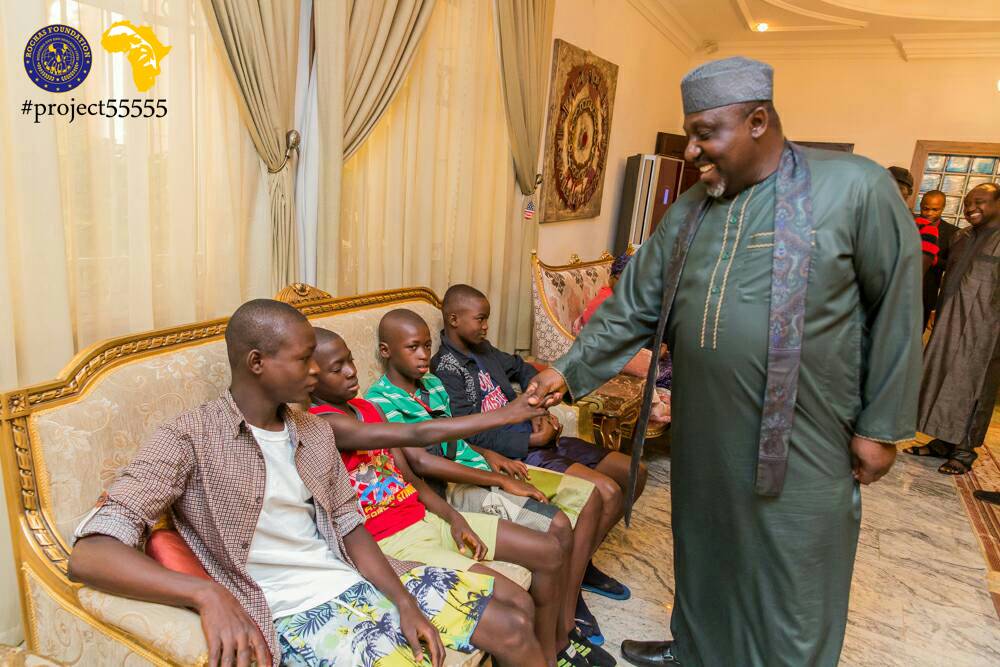 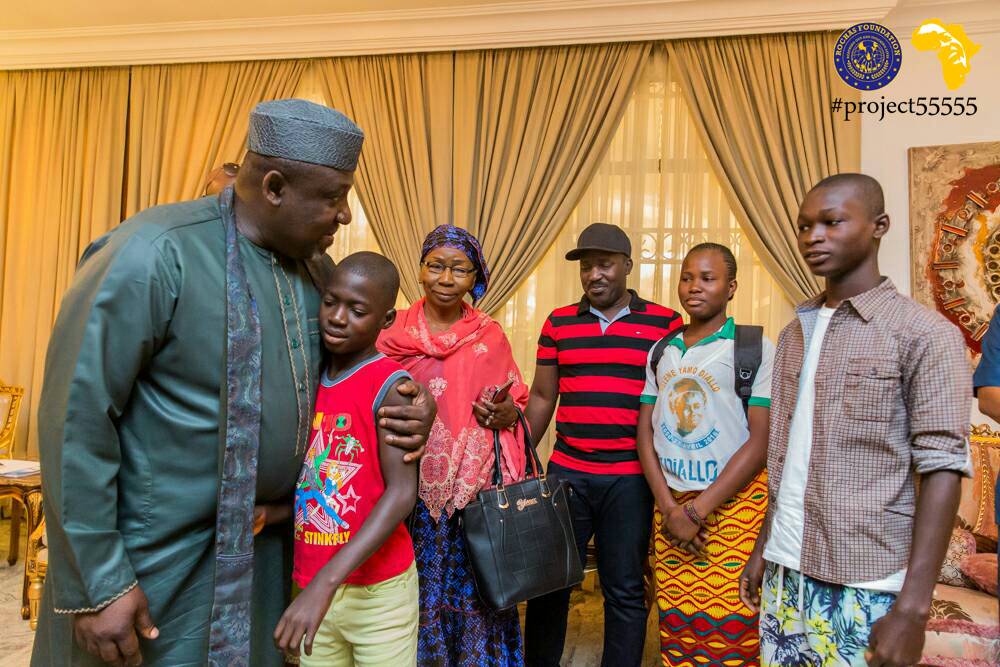 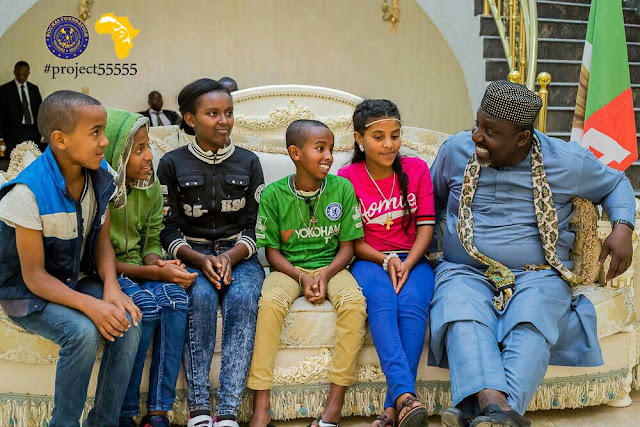 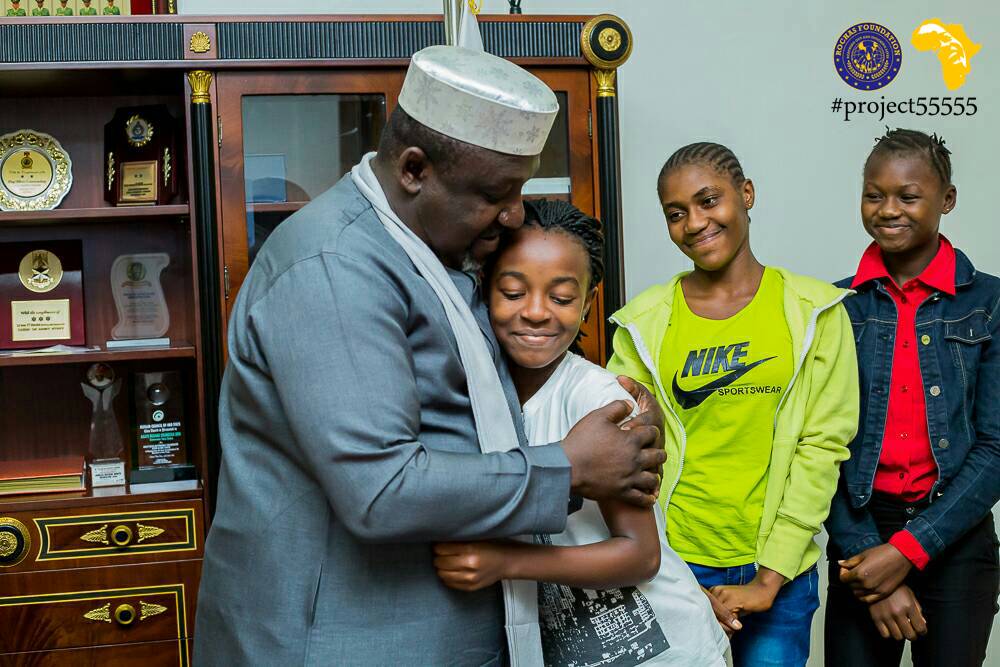 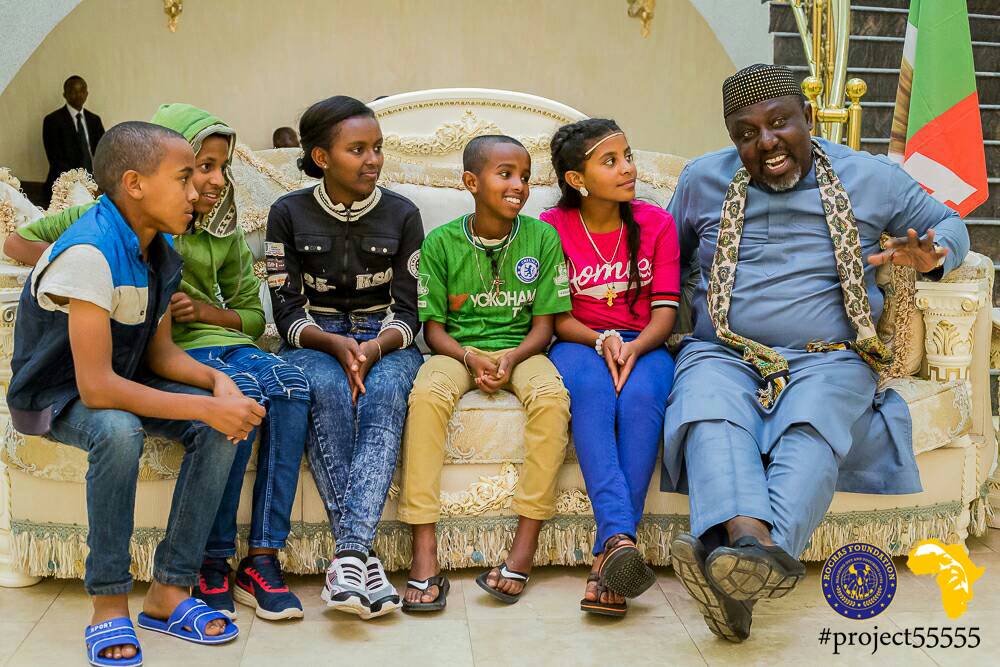 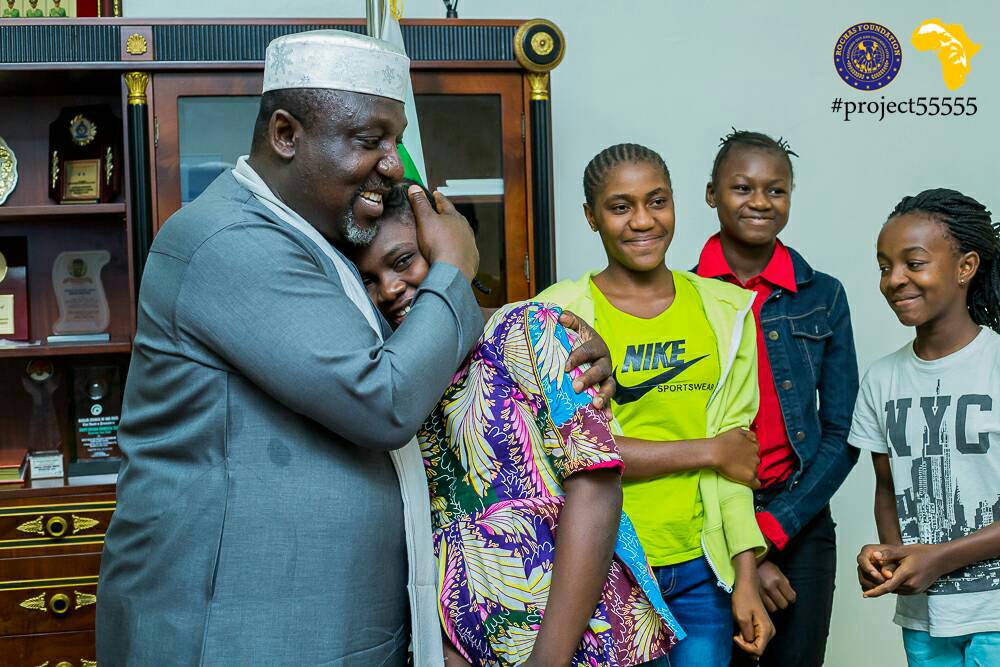 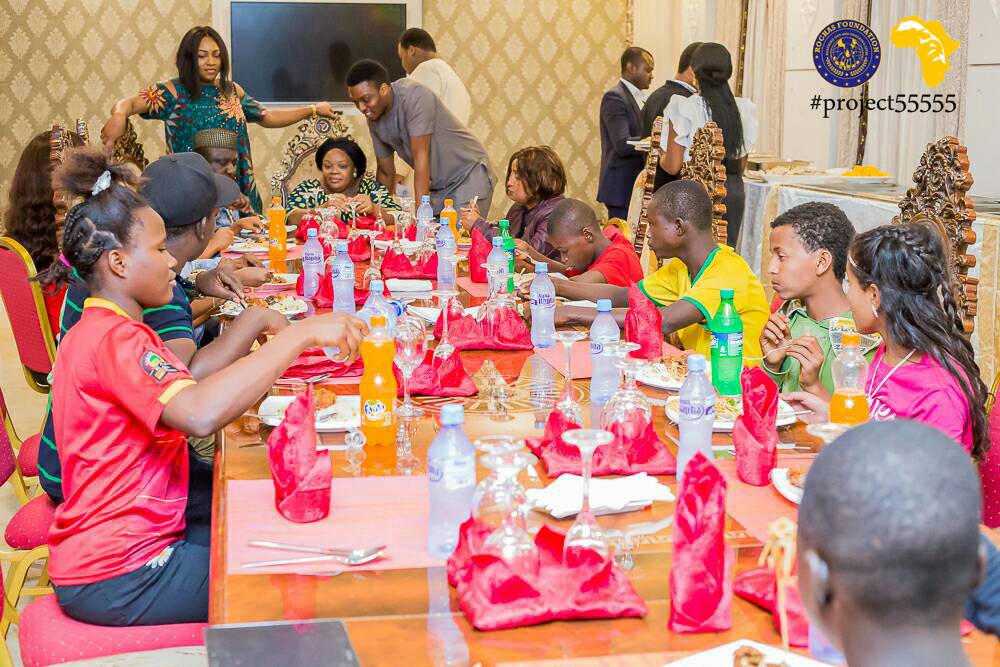 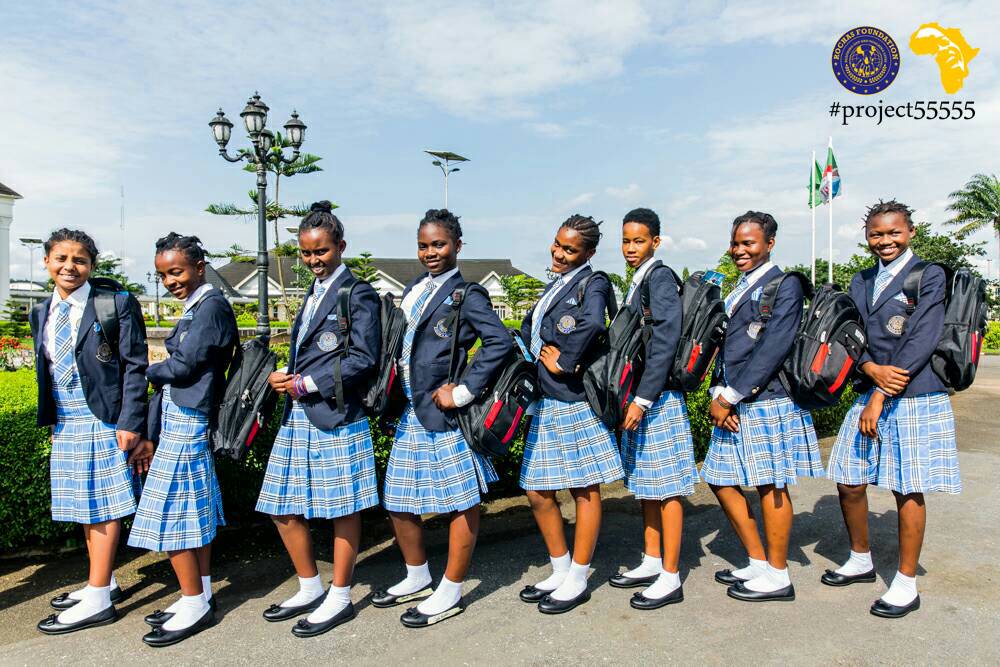 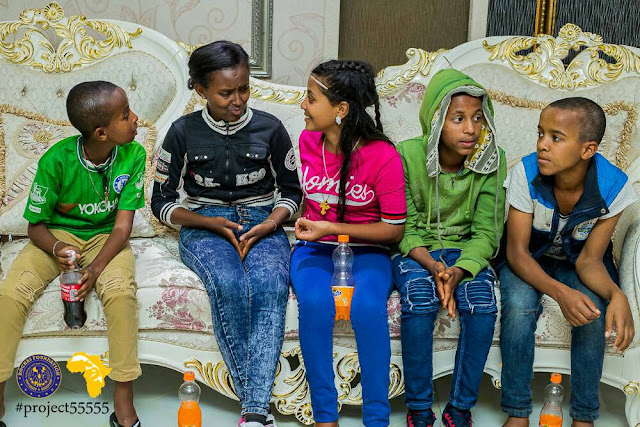 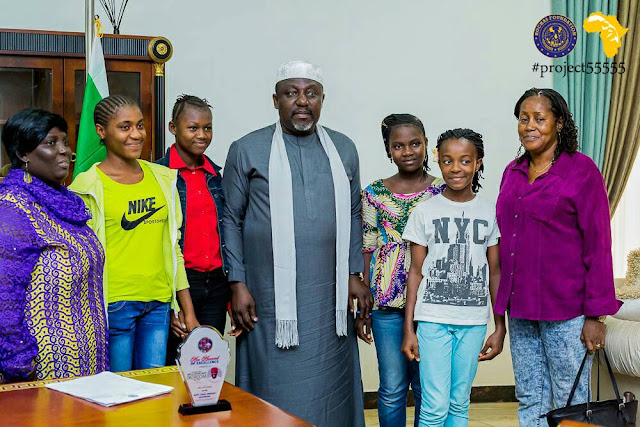