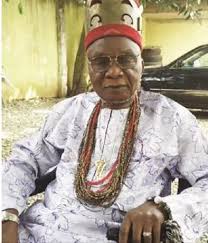 Some Youths of Umuahia have given Governor Okezie Ikpeazu of Abia state a 24-hour ultimatum to dethrone His Royal Majesty, Israel Okwu Kanu, the paramount ruler of Isiama Afaraukwu in Umuahia, and father of leader of the Indigenous People of Biafra (IPOB) Nnamdi Kanu.

The aggrieved group insists that they want the monarch removed because he failed to caution his son, Nnamdi Kanu, leader of IPOB. 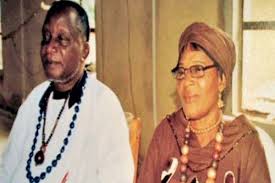 In a letter to the Abia state governor, they stated that the failure of the governor to dethrone the monarch will force them to take laws into their own hands and dethrone the monarch. The group further claimed that Nnamdi Kanu's father is unfit to continue in office for his failure to caution his son who has plunged the state into a state of chaos. The letter was signed by Ifeanyi Okwudili, president; Kasarachi Ubani, vice president and Anayo Ofor, secretary. 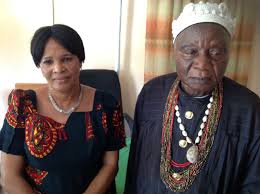 “With tears and sorrow, the Umuahia Youth Movement respectfully write to request the dethronement of Nnamdi Kanu’s father as a traditional ruler of our clan. “It beats our imagination that a man who calls himself a Royal father and an Elder could not call his son to order but rather encourage him in his madness that have plunged Umuahia city to a great crisis today. “Sir, recall that Umuahia have been the most peaceful capital city in Nigeria to live and do business but just because of one man, we are today facing the wrath of the Federal government of Nigeria. “Our shops, markets, schools, churches and all banks have been shut down. For the past three days we have been indoors for fear of been attacked by the military just because of one man whose father is our traditional ruler. “Based on the above, we hereby request the he be dethroned within 24 hours or we will take the laws into our hands and dethrone him and even strip him unclad and raze his house. “We appeal to every well meaning Nigerian as well to prevail on Governor Ikpeazu to as a matter of urgency dethrone Nnamdi Kanu’s father. “We also request the Operation Python Dance should remain in all streets of Umuahia as any attempt to withdraw will make the IPOB criminals rob our shops and houses. “Sir, we assure you that we remain one Nigeria and will join hands with you to make our country Nigeria and state Abia the best among all the countries of the world. “Please accept the assurances of our esteemed regards.”

President Muhammadu Buhari, the inspector general of police, the department of state service, Senate president, speaker of the House of Representatives and South East Governors Forum were all copied.
Posted by Cheta Igbokwe
Labels: Biafra