She ran away with a 1bn contract - EFCC declare her wanted 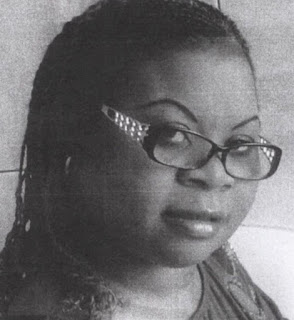 Press release a statement from EFCC about a woman who disappeared with a contract fund.

"Ittu Af?ong Theresa Tommy is a principal suspect in two cases of fraud, contractual malpractices and obtaining goods under false pretense to the tune of N1billion and $1.4million respectively.
Ittu allegedly received about N1billion from a government agency as payment for contracts which she failed to properly execute. Furthermore, the suspect is alleged to have fraudulently collected aircraft parts worth $1,416,000 from a Russian company and evaded payment.
The suspect has failed to honor the Commission’s invitation and is currently at large. 48-year-old Ittu is fair in complexion. Her last known address is No. 2B Oko-Awo Close, Victoria Island, Lagos.
Anybody having useful information as to her whereabouts should contact the Commission in its Enugu, Kano, Lagos, Gombe, Port Harcourt, Ibadan, Maiduguri and Abuja oces or through these numbers: 0809 3322 644 (0809 EFCC NIG), 08183322644 (0818 EFCC NIG); its e-mail address: info@efccnigeria.org"
Posted by Cheta Igbokwe
Labels: News