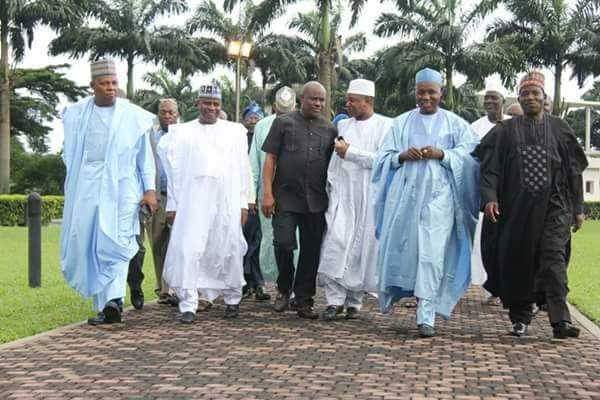 In a move to promote national unity and peaceful coexistence , a high-powered delegation of the Northern Governors Forum on Monday visited Rivers State Governor, Nyesom Ezenwo Wike, commending him for taking urgent steps that led to the protection  of Nigerians living in the state. 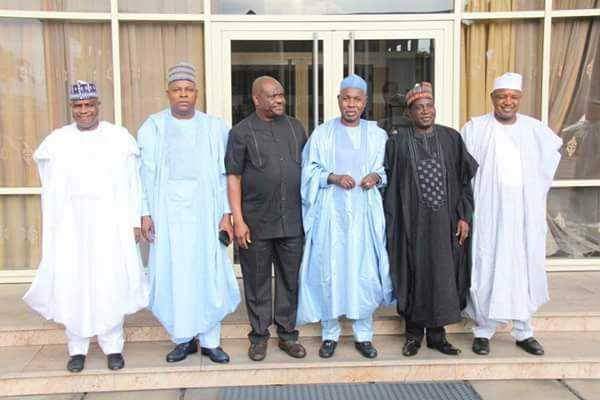 He declared: "Governor Wike we are mightily proud of you.  We are mightily associating  ourselves  with you. Nigeria is greater than political  differences. We belong to one political  family  and that is the Federal Republic of Nigeria .
"No interest should be bigger than the Federal Republic  of Nigeria. You believe in the Nigerian Project  . For that, we remain eternally  grateful".
The Northern Governors Forum called for the enthronement of Peace building measures despite the challenges  facing the country.
According to the Northern Governors Forum, no law-abiding Nigerians  deserve to be punished because of where they reside and do business.
Governor Shettima said despite the unfortunate incidents in Abia, steps have been taken  to ensure that there are no retaliatory  attacks in different parts of the country.

In his response, Rivers State Governor, Nyesom Ezenwo Wike declared that he will continue to protect all Nigerians and foreigners  living in the state.
He said: "Rivers State  believes in the unity of this country. Rivers State will not be a part of those calling for the disintegration of Nigeria. We owe it as a duty to protect every Nigerian living in the state.
"I will not allow any group intimidate, harass or attack other Nigerians living in the state.  We are Rivers people and we belong to the Niger Delta ".
While stating that violence  can never lead to the resolution  of any grievances, Governor Wike  urged those who are aggrieved to embrace dialogue  in the interest of Peace and development.
"I am not against anyone who wants to protest  any grievances, but there are channels for such protests", he said.
Governor Wike added that the people of Rivers State have their own peculiar grievances  against developmental issues in the country.  He pointed out that as Governor, he has raised such issues, but will never  support the disintegration .