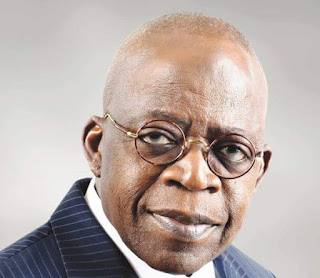 Senator Bola Tinubu, National Leader of the All Progressives Congress (APC) and former governor of Lagos State, has linked the secession agitations agitations in the country to the “chronic failure of government to meet basic aspirations” of the citizens.

Tinubu has consequently advised the Federal Government to dialogue with the agitators rather than embrace confrontational approach, warning that the “cry of separation has gained traction among the average people.”

He posited that if successive governments had delivered on their promises of abundant life and justice for the citizenry, those rooting for secession would not have been taken seriously.
Tinubu spoke in Lagos in a keynote addressed entitled “A New Nigeria or a Better One: The Fitting Tools of a Great Repair,” at the 2017 annual dinner of the King’s College Old Boys Association.

“Thus, we have people clamouring for secession in one part of the country and the murmur of such a course grows stronger in other sections. These other areas resent that some have advocated secession. Blame and recrimination become the political currency. Statesmanship falls in short supply. The dominant urge is to confront instead of reconcile.

“It would be wrong to mistake this for a tempest in a teapot. If not careful, we may be tossed about like a teapot in a tempest. We must listen to what is being said so that we can determine what is really meant.
“Let us be frank. Many who cry separation do so because their personal ambitions will be better served by such a thing. They believe they will have greater chance at political power under a different arrangement.
“Yet the cry for separation has gained traction among average people; this is due to the chronic failure of government to meet basic aspirations.
“If over the years, government had delivered on the promise of growth, prosperity, and justice, those calling for such extreme remedies would be but a small fringe of little consequence.
“Our task is not to condemn but to listen and understand. I care not at all for this proposed solution. But I dare not discount the concerns and problems that have led many people into advocating such a thing,” he said.

Tinubu opposed the dismemberment of the country as canvassed by the secessionists, and in its stead suggested a roundtable discussion of the problems militating against the growth and development of the country.
“Being more pragmatic, separating the nation into small pieces resolves nothing and creates additional problems…Such a thing would make us more vulnerable to outside influences. We would forfeit our rightful place on the world stage and as a leader of this continent.
“Moreover, not every split solves a problem. The political mentality, either good or bad, that defined a group before the split will remain after the divide. If one is imbued with factionalism, that perspective will remain even when the immediate problem is surmounted. Division will manifest differently, but manifest it will,” he said.
He suggested a rethinking of the national economic model, which he described as not only old but crumbling and presented the greatest challenge, suggesting a national industrial policy that would foster the development of strategic industries, create jobs and ginger economic growth.
Posted by Unknown
Labels: News