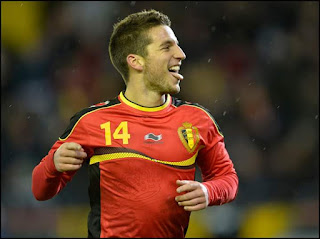 Flashing up as top-rate scorer since last season at Napoli, Belgian international winger/forward Dries Mertens (30), according to Sky Sports UK, is a winter target for Manchester United, willing to enrich their roster through him. Playing for Italian club since 2013/14, and currently on a deal with them until June 2020, former PSV star is however very unlikely to leave during next winter window.
Posted by Unknown
Labels: Sports