Letter To President Muhammadu Buhari In IPOB By Charly Boy 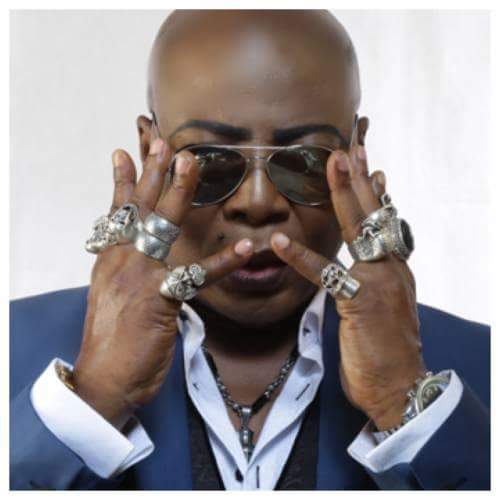 I bear my heart out in this letter with great respect and humility. Often times I wonder if you read any of my open letters. However, I write this open letter so fellow Nigerians will understand the ache in my heart.

I was about 17yrs during the Nigerian civil war. My youth was scandalized, and since then, I have carried a big scar in my heart. All I saw around me then, was blood, death, and hunger. That war, which could have been avoided was a collateral damage for easterners. Over three million people died - when it could have been resolved on a conference table.

Mr. President Sir, most Nigerians, are hopeless, helpless, fearful, aggrieved, and have been brutalized by poverty created by the status quo to terrorize my people.

No, I don't blame you for the woes that have befallen us, but, truth be told, you have so far spent too much time passing the buck than actually serving the people you struggled to lead. Two years is enough for us to start feeling like something would happen. I can't believe that as hard and as many times as you applied for this job and you finally got it, this is the best you can do? Haba, baba!

Now you can see the disadvantage of surrounding yourself with incompetent people.

I remember it was your wife who first cried out, warned us that you have been hijacked by the hyenas, jackals, and very suspicious people who don't really care about Nigeria or you.

Sir, as a father, please do something to calm down this rising tension.

As a father, it is very wrong to show your children that you have a favorite. Right now, it is clear that we are in a big mess. And sometimes I wonder if you understand how difficult it is for the masses to cope. People even from your village have complained to us (OurMumuDonDo movement); From Sokoto to Owerri, Benue to Delta, hunger everywhere, young people committing suicide, yet the legislators and executives still maintain their obnoxious lifestyle.

There is so much I want to say as a very frustrated Nigerian, but for now what's uppermost in my heart is to plead with you to intervene in this "Operation Python Dance" Biko Baba, you should be committed to dousing tensions and promoting peace and unity.

In as much as I am aware that the Federal Government is concerned about curbing divisive messages and inordinate agitations within the country, I believe it should be more concerned about safeguarding the lives and properties of all Nigerians in any part of the country.

It is also important to note that though recanted, the October 1 ultimatum issued by some misguided northern youths to the Igbos in the north remains weighty in the minds of many and the atmosphere is hypersensitive to any mishap that could foment such inter-ethnic wahala.

Sir, suffering Nigerians are begging you to quell this tension than steaming up the flames of enmity and discord within the country by using force on harmless citizens.

During The Resume or Resign peaceful protest, Baba, you listened, and that's why you came back.

On behalf of all frustrated, hopeless, unsafe, hungry Nigerians I beg you, hear our prayer. As a Father show some compassion and give us hope that this too shall pass away.