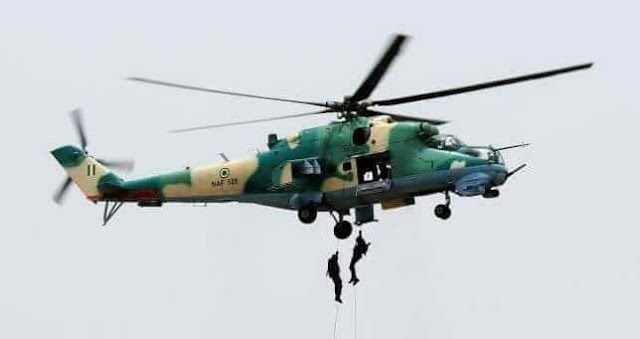 The Nigerian Air Force ( NAF ) has joined the ongoing Operation Python Dance in the South-East by deploying its fighter jet in the region.

In a statement released on Tuesday, the NAF said its deployment of “air assets” to the operation was based on a request by the army and in line with its constitutional mandate to ensure national peace and security.

In his words: “In line with its commitment to national peace and security, the air force has deployed some of its air assets, including the Alpha Jet aircraft, to its 115 Special Operations Group in Port Harcourt, to support the ongoing Nigerian Army’s Exercise Egwu Eke II.”

“The essence of the deployment is to provide the necessary air cover for the ground troops to enhance overall operational cohesion and efficiency. The wide expanse of the exercise area and the request by the Nigerian Army for close air support made the involvement of the NAF inevitable.”

“The deployment of the air assets in support of the Nigerian Army is thus in fulfillment of one of the constitutional mandates of the NAF.”
Posted by IfeanyiCy Njoku
Labels: News