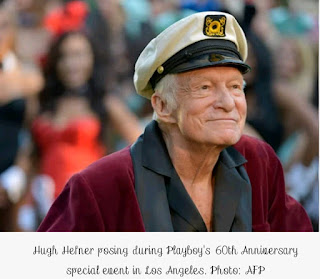 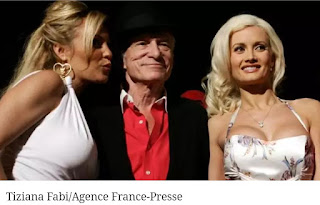 Hefner , who in 1953 founded a trailblazing brand that would help usher in the 20th century’s shifting attitude towards sexuality , died of natural causes in his Beverly Hills home — the famed Playboy Mansion — according to a statement from Playboy Enterprises .
“ My father lived an exceptional and impactful life as a media and cultural pioneer and a leading voice behind some of the most significant social and cultural movements of our time in advocating free speech, civil rights and sexual freedom ,” his son Cooper Hefner , Playboy Enterprise ’s chief creative officer, said in a statement.
In a 2003 interview with AFP , Hefner said he “ would like to be remembered as somebody who had a positive impact on the changing social sexual values of his time.