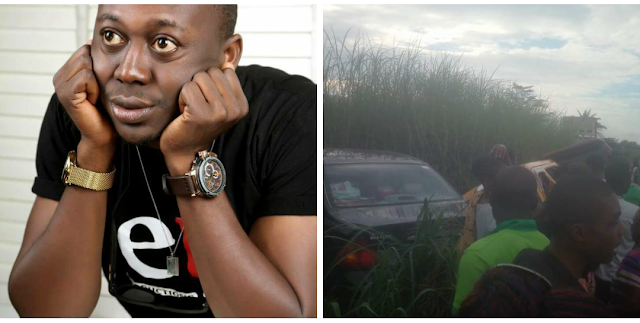 On Air Personality, and popular Imo based Comedian and event host, Mr Samuel Chinazaekpere, known in the Nigeria entertainment industry as Mc T-Boy Cfr Samuel, has cheated death as he recently survived an auto crash that would have claimed his life and that of his friend, Chinedu. 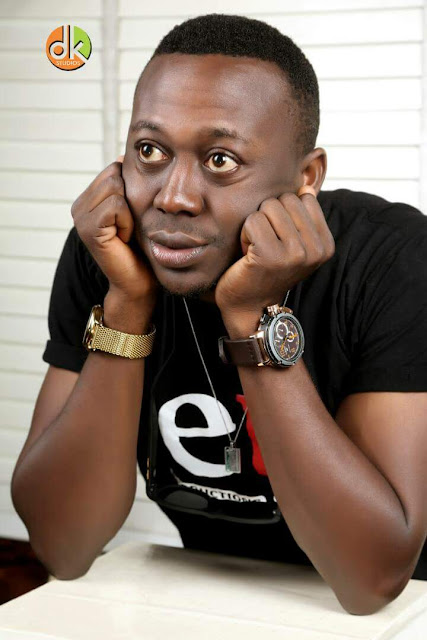 The Comedian  and brain behind "Jollof Jokes Comedy Concert" who works with HOT FM Radio in both Asaba, Delta State and Owerri in Imo State was said to be returning from a program with his friend (Chinedu).
His friend was driving McT-Boy's  Toyota Camera Car when the comedian couldn't drive himself after being exhausted from the event he anchored. 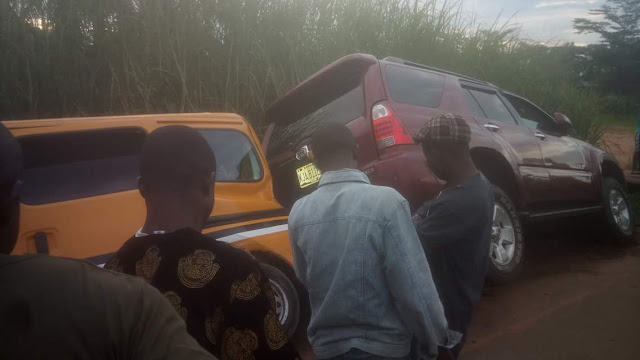 Ifeanyicy.com gathered that while Mc T-Boy was sleeping in the Car and his friend was driving, on getting to Uli in Anambra State, on that fateful day, Sunday 3rd September, 2017 his car reportedly lost control, and speed off after a struggling race on the road into the Bush, unfortunately another Jeep who was dodging the rampaging car horribly crushed a motorcycle operator who died instantly. 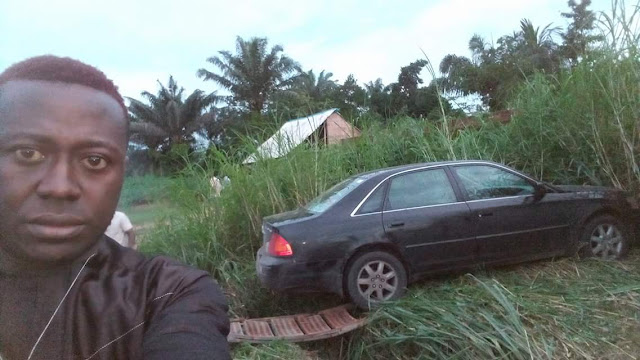 When Ifeanyicy.com contacted the Ace Comedian who just returned from the burial arrangements of the motorcycle operator who died in the accident, he was still full of unbelieve but thanked God for saving his life, while extending his heartfelt condolence to the family that lost their loved one. 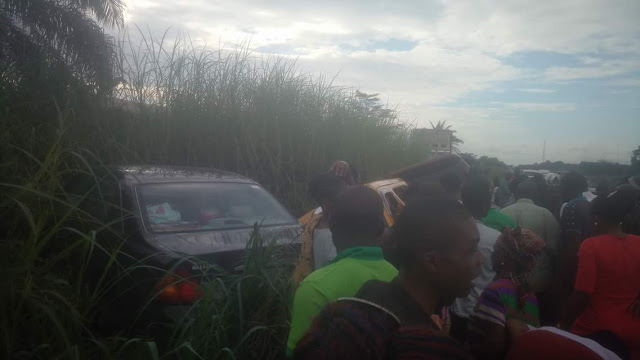 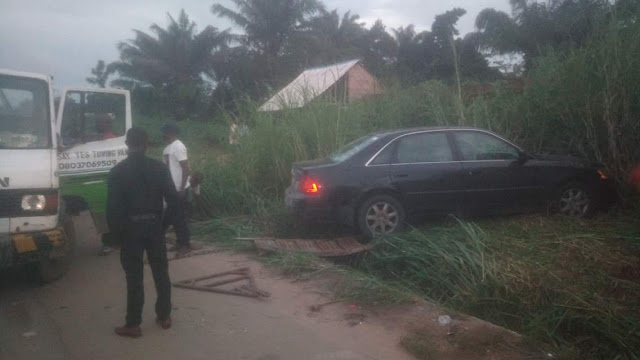 He said , “On Sunday, 3rd September at about 4 to 5pm... Satan Tried to take my Life and that of my Friends.. We Had a Fatal Car Accident.
But CHINEDU (God Guides) and CHINAZAEKPERE (God Answers Prayers); no one else but God..
You guys would have Heard a Different Story by Monday Morning...
I would have been long Gone by Now...
But God's Mercy and Grace Kept me and my Friends.
My Condolence to the Family that Lost a Soul in the Accident..
Don't Ask Much Questions just follow me and Thank This God.
Asi n'obughi Chineke.....”


Meanwhile, fans and colleagues of the Computer Science graduate of the Michael Okpara University of Agriculture and have continued to send him congratulatory messages, thanking God for averting another calamity that would have befallen the Imo entertainment industry. 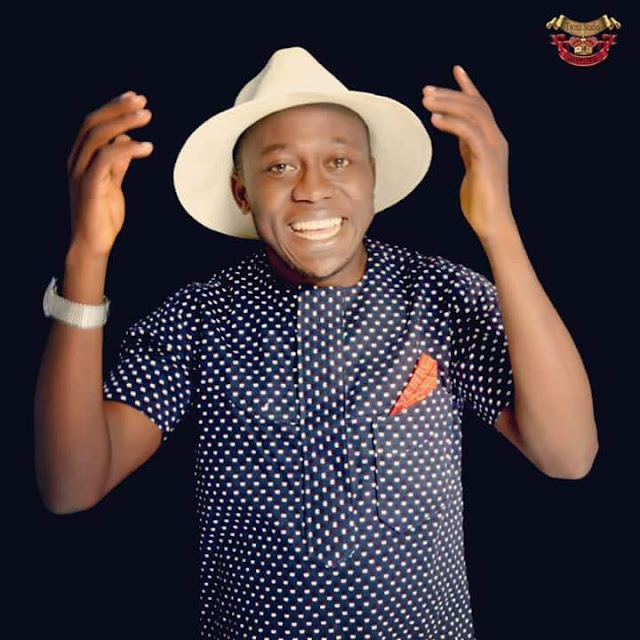 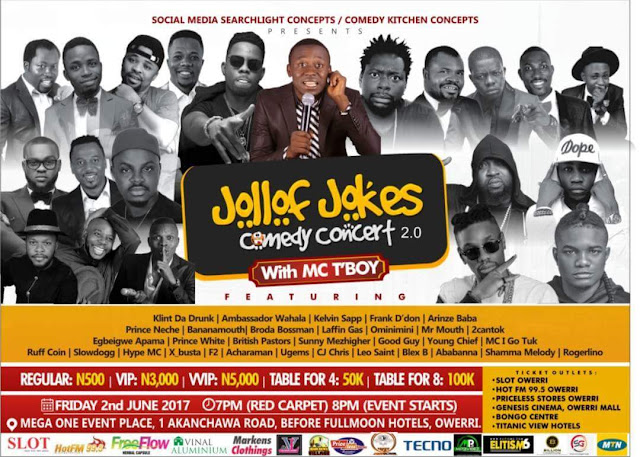