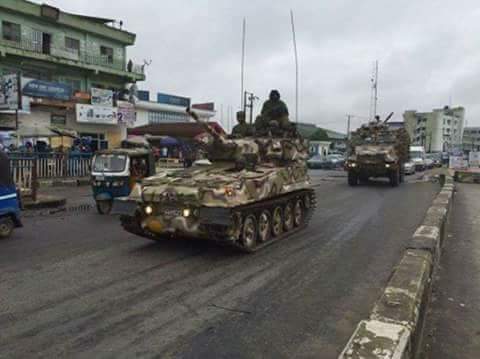 Feelers reaching IfeanyiCy.com from Umuahia Governments House  indicates that there are pandemonium and tension in Umuahia following shots fired by soldiers stationed in Umuahia at two boys believed to be IPOB members.

Our source from Umuahia government house confided in one of our correspondent that, three youths were strolling in front of the Abia State Government House near the Diamond Bank located across the street when a patrol team of soldiers drove by and stopped. The soldier asked the three youths to stop but they continued their stroll towards the nearby eatery.

The Soldier immediately allegedly released shots and killed two of the youths instantly. The third youth was heavily wounded and in critical condition. 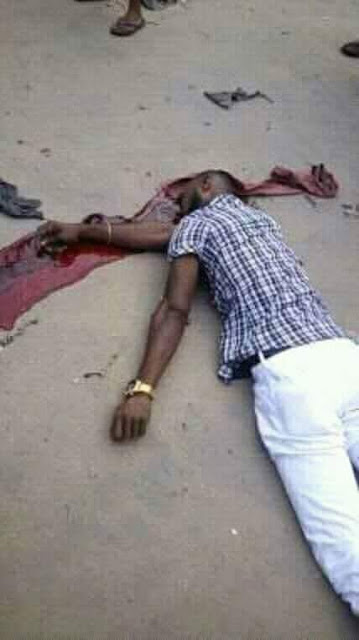 The soldiers were alleged to have bundled the two corpse and tossed them into the vehicle and drove away with the corpse – leaving behind the critical injured youth lying on the floor.

Bystanders who witnessed the shooting rushed and took the critically injured youth to a nearby hospital.
Posted by IfeanyiCy Njoku
Labels: News