Eze Madumere Guber Ambition Gets boost, as Okorocha Assures Him of Support 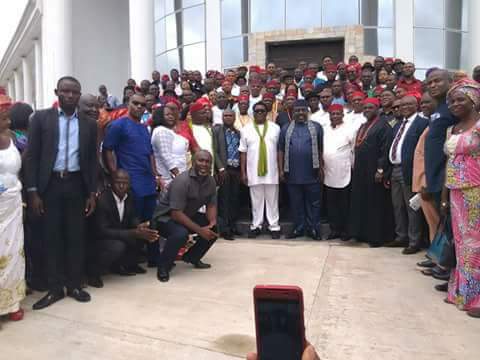 The Mbaitoli born Prince, Madumere who is currently occupying the position of deputy governor in Imo State by the magnanimity of Okorocha after serving him as head of Campaign Organization, Director Rochas Foundation, and formerly Chief of Staff to the governor , is rumoured to be planning and Strategizing to succeed Governor Okorocha in 2019. 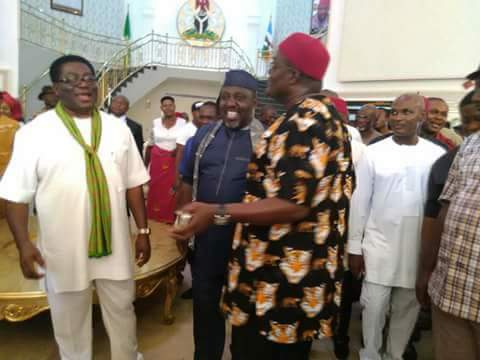 At the birthday solidarity visit by Mbaitoli leaders and Stakeholders today Wednesday, September 20th, 2017 led by Eze Madumere, Ifeanyicy.com gathered that Okorocha described his deputy, as "one who has grown beyond expectation in Imo state politics in popularity".  He disclosed that "there is pressure from all quarters rooting for his deputy as Imo governor come 2019" . In addition Okorocha urged Madumere to be steadfast, according to the governor, "we've been through alot together, anybody that follows me genuinely ends up becoming a big man".
Posted by IfeanyiCy Njoku
Labels: Politic