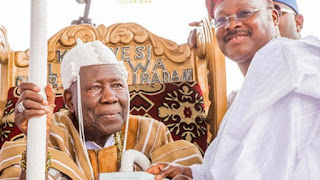 The Former Secretary to the Oyo state government, Barrister Sharrafaden, three correspondents; Femi Atoyebi, Demola Babalola and Jeremiah Oke and others on Monday escaped death as gunmen attacked the Olubadan palace, Popoyemoja, Ibadan, shortly before the installation of some Baales.

The gunmen who drove in two doors black Sienna, stormed the palace around 11.45am, shouted in Yoruba language “koni da fun iyalaya yin, eyin were e jade,” and all sorts.
The journalists who were billed to cover the installation of four baales rolled on themselves inside the gutter in front of the palace.

The former SSG, who is also Asaaju Balogun, who was sitting in his black Toyota Land cruiser jeep with registration number Lagos Epe 447 ER as bullets riddled the back glass of his car.

The journalists were all drenched in the stinking water and mud, while Demola Babalola and Jeremiah Oke sustained minor injuries.

Meanwhile, one of the attackers escaped being lynched by whiskers as he fell off the car but guided himself shooting sporadically to ward off arrest before his colleagues could pick him off while shooting down Gbodu street down the palace.

See some photo below.... 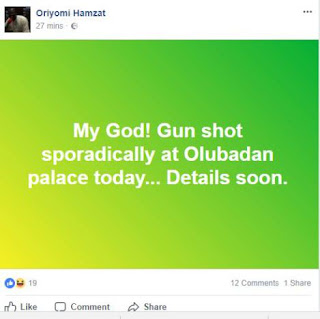 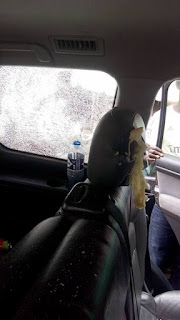 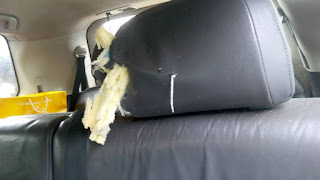 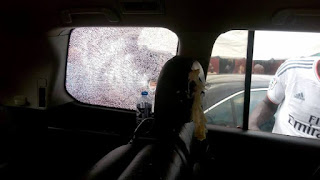 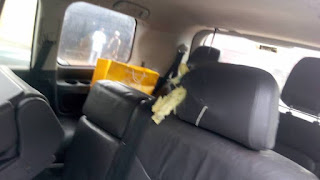 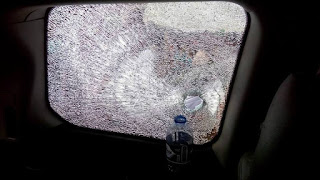