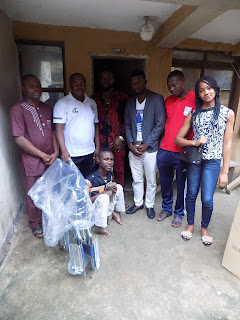 Mr. Princewill Uche Anyanwu, a graduate of Business Administration from the Federal Polythecnic Nekede, was not born a criplple.

Uche, 26 years old, is the only son of his family of four and was like every other normal human being until 2006 when tragedy struck.

According to the young crippled graduate of Business Administration who spoke with Ifeanyicy.com reporter in his lodge at the Federal Polythecnic Nekede on Saturday, said he hails from Umuduruji Inyishi in Ikeduru LGA of Imo State. 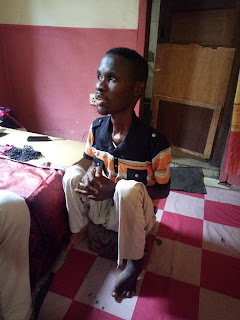 "I was not born like this. It was after I had an appendicitis surgery at a hospital (name withheld) along Orlu Road on 2nd September 2006. After the surgery I started observing pains in my right arm. I complained to my parents and they reported to the doctor.

He said that the doctor dismissed it as "surgical reaction and prescribed drugs, and I took the drugs.

"But after about one, week I went to school and slumped, and since then I have not walked." 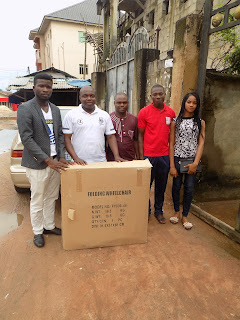 Speaking on how his family felt at the ugly turn of events, he said:
"My parents felt so bad and devastated seeing their only son couldn't walk again". He added: "For me, I never knew I would be alive to see today. I was so shy to come outside and I stayed in doors for one year.

However, he disclosed that he has been blessed by God because no one has stigmatized him because of his condition, adding: "I was consoled by the word of God. Being someone who came from a family that fears God, coupled with advice from friends, I decided to carry the whole pain and carry my cross and move on."

The multi talented Uche said: "Apart from going to school, I am also a gospel artiste. I released my album in 2010 and I hope to do more." 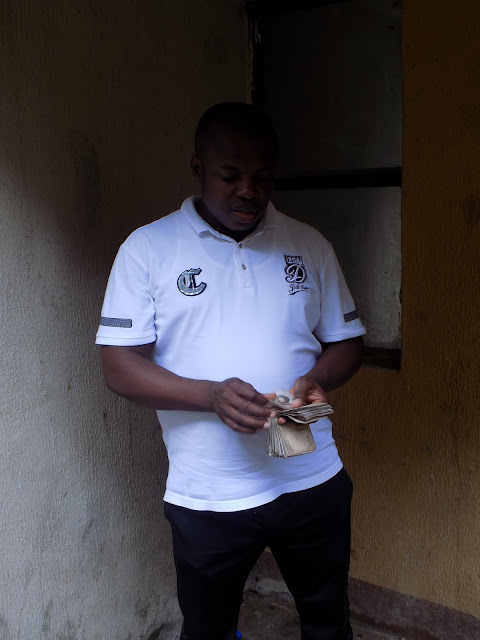 He continued: "I am someone that likes education. When I was in secondary school I used to organize extra mural classes for studens. I have passion for education. I wanted to do Law.

"Nobody has stigmatized me. I am loved by so many people. Even in my lodge, people want to be with me. No one wants me to feel my condition.

"Due to my background I could not do Law. But I hope that one day God would raise people to assist me open a shop where I would sell rice in wholesale."

Speaking about his love life, Uche said he has a girlfriend also spoke on his dream, saying: "It is my utmost desire to marry a beautiful wife, fair, tall, intelligent and God fearing. Most of all she must know how to cook."

He also expressed gratitude over the wheelchair donated to him by a good Samaritan, with some cash, praying that God would reward him and the facilitators.

However, he lamented that while he was writing his final exams some people broke into his house and stole his phone and laptop, saying that he was using his laptop to work on his project. He said the loss of his laptop has created additional problems to him as he now pays for processing his project work. 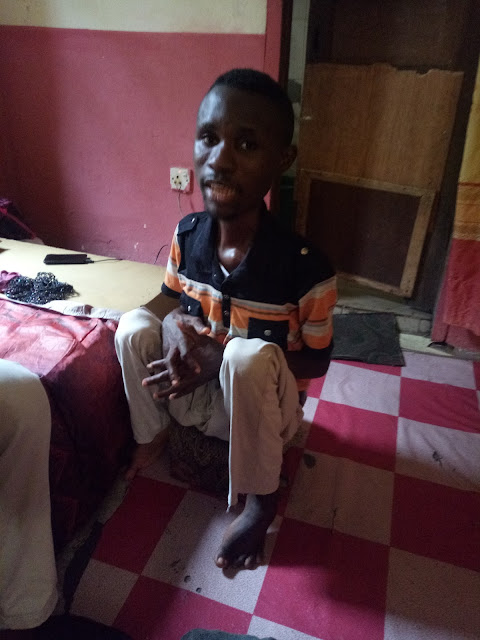