Cemetery reject the corpse of a man killed by thunderstorm 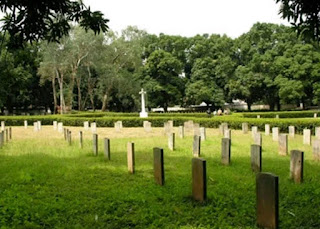 The civil servant , who died at the age of 47 and hailed from Ilesa in Osun State , was said to have been killed by thunderstorm during a downpour as he was leaving the institution ’s examination office for the Registry Department at about 10am on Thursday .
The corpse of a member of staff of the Registry Department of the College of Education in Oro, Irepodun Local Government Area of Kwara State , Mr. Salami Adekunle , was on Friday rejected for burial by the management of llorin Muslim Cemetery .


Aliagan said that Muslims in the vicinity has
Insisted that his death was not an act of God ( he was killed by thunder Strom ), even though; he was said to be a practising Muslim during his lifetime .
Posted by Cheta Igbokwe
Labels: Gist, News