Menu
Home » Gist » After 5yrs, girl replies a guy on Facebook after she saw a photo of him in the US

After 5yrs, girl replies a guy on Facebook after she saw a photo of him in the US 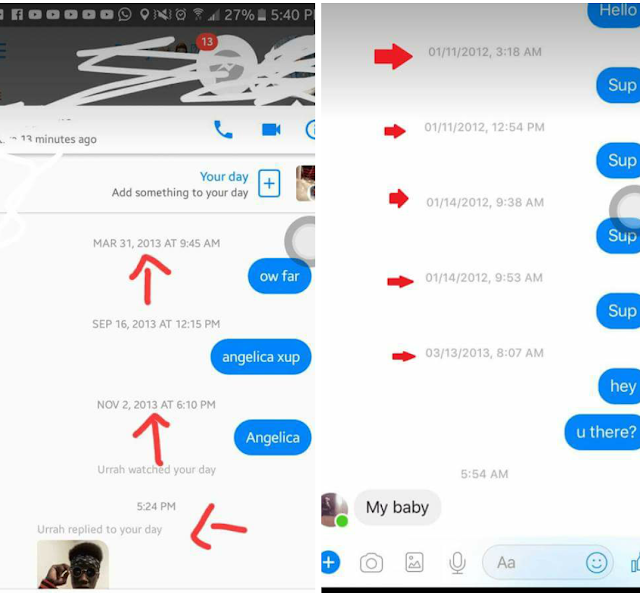 This trending gist has got everyone on the Internet talking about a guy on Facebook and a lady he chyked for 5yrs.
According to reports and screenshots, the guy has been trying for 5 years to talk to a Lady, but she nor gree pick the call..

She only reads his messages and ignores him. 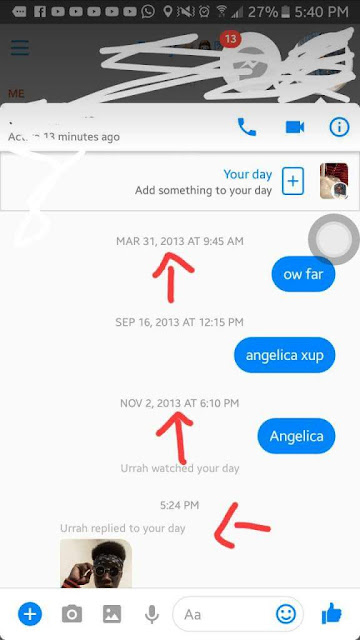 He sent series of “Angelica Sup?”, “Sup?”, “Hello”, “Are you there”.. But then, Angelica will read his messages and ignore him.

5 years on after trying all he could to talk to her, he flew relocated abroad, and shared some pictures on his Facebook Story..

Now, Angelica has noticed the guy and seeing that her “homeboy” is now janded, she buzzed him with “My Baby”. 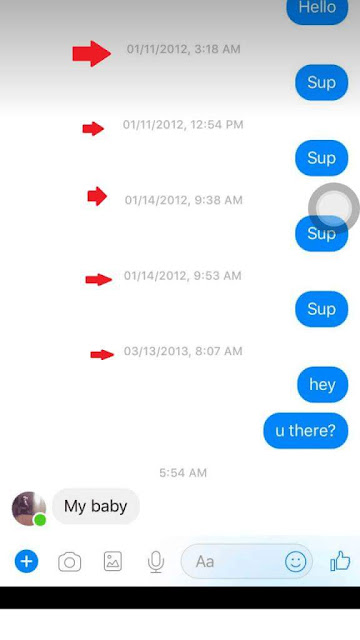