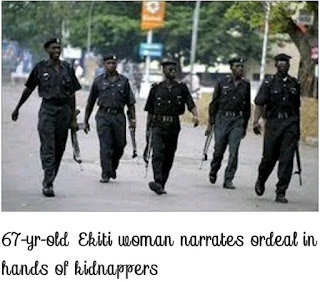 It was a harvest of ordeals for two Ekiti women, on Tuesday, as a 67-year-old kidnap victim, Mrs. Florence Popoola, recounted her ordeal in the den of the kidnappers when five of the suspected kidnappers were paraded by the police in the state, on Tuesday after their arrest.
The woman is a widow and her dignity has been violated for the fact that she was stripped naked.. FIDA strongly condemns any form of assault against women in the state.”
Legal officer of Ekiti FIDA, Mrs. Kemi Atitebi, said on Tuesday that the body had received a complaint of sexual harrassment and assault of Mrs. Ilesanmi against Pelemo, but alleged that the lawmaker did not honour the invitation to come to FIDA to defend himself against the allegation.
But Pelemo denied the allegation, saying “it is not true that she was harassed and I didn’t touch her when she came to the Assembly.”