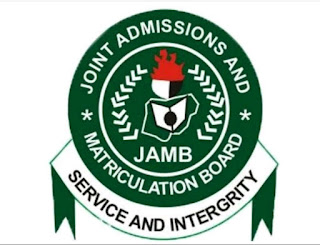 The minister said before the change in the leadership of JAMB, the highest amount ever remitted annually by it was N3 million. She disclosed that the new management at JAMB has, however, remitted N5 billion this year alone with another N3 billion ready for remittance.

The decision by the Oloyede-led JAMB to eliminate the use of scratch in the registration and result accessing procedures of the Unified Tertiary Matriculation Examination (UTME) is a policy that has helped the board to block leakages.
It would be recalled that Justice Rita Ofili-Ajumogobia of the Federal High Court, Lagos had, on May 20, 2016, sentenced a former Director-General of NIMASA, Mr. Raymond Omatseye, to five years in jail over alleged N1.5 billion contract scam.
There is the dearth of accountability and transparency in Ministries, Departments and Agencies (MDAs), such that huge loopholes are left for principal officers to enrich themselves stupendously, acquire properties beyond their legitimate income, and live a life of vanity, waste and debauchery.
Another former NIMASA DG, Patrick Akpobolokemi, and five others were also charged to court by the EFCC on a 22-count of corruption allegations.
We commend the current leadership of JAMB, headed by Professor Is-haq Oloyede, for their demonstration of fiscal responsibility and integrity through the remittance of its Internally Generated Revenue (IGR) to appropriate government treasury.