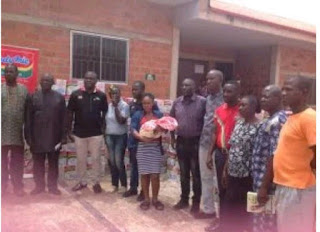 De United Foods Industries Limited (DUFIL), makers of Indomie Noodles, have donated 500 cartons of noodles to victims of flood in Benue State.
Handing over the package to the state government at the Makurdi International Market where the Internally Displaced Persons (IDPs) are currently being housed, East Regional Area Marketing Manager of the company, Abdulrazak Lawal, said the gesture was part of the company’s corporate social responsibility.
“We are here to donate 500 cartons of indomie noodles to victims of the recent flood in Benue State. This is our own little way of identifying with the people in their period of distress and we pray that the state will never experience this kind of flood again,” he said.
Receiving the item on behalf of the state government, Executive Secretary, State Emergency Management Agency (SEMA), Boniface Ortese, while commending the company for the gesture, promised that the donation would be judiciously distributed to those who were affected by the flood.
While noting that 21 out of the 23 local government areas of the state were affected by the flood, the SEMA official, who revealed that the Makurdi International Market IDP Camp was just a collection center of relief materials for onward distribution to displaced persons, maintained that the items would be shared across board to the victims.
Posted by Cheta Igbokwe
Labels: Help, News