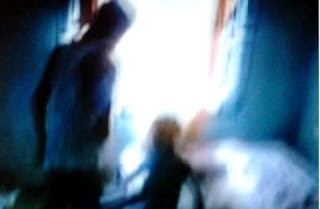 Hajiya Falile Dikko of Katsina Senior Magistrate Court directed that the suspect be remanded in the prison custody till November 6, when his case will come up for mention.
Police prosecutor, Sani Ado, had told the court that Idris resides in the same house with his neighbour, Abubakar, at Gawa village in Bindawa Local Government Area of the state, where the offence was allegedly committed.
Ado told the court that it was Abubakar who reported the incident to the Police on September 23, following which the suspect was arrested.
Ado said Idris allegedly deceived the victim and raped her, leading to the pregnancy, thereby committing an offence contrary to Section 283 of the Penal Code Law.
The Police prosecutor said investigation on the incident was still on and requested for the adjournment.
Addressing the suspect, Hajiya Dikko said: “This court will not ask you whether the allegation against you is true or false as the case of rape is triable at high court,” and directed that he be remanded in prison custody till November 6, when his case will come up for mention before her.
Posted by Cheta Igbokwe
Labels: Crime